In 1928 the Interior Department approved plans for four dormitories, a heating plant, and a laundry in the Tecoya Dorm area, designated for Curry employee housing, and for 17 bungalows at the Ahwahnee. Tecoya Dorm D was one of those dormitories that were constructed the following year. While replacing the roof in 2010, significant damage due to a previous fire was discovered that affected approximately 20% of the roof area. Provost & Pritchard was hired to evaluate the damage and determine a course of action to repair the roof. During that evaluation it was determined that there were a couple of deficiencies in the structure that needed to be repaired. An addition to the third floor to install a restroom had not been properly framed to carry the load resulting in a sag in the floor of 1.5 inches. A beam was added to carry this load after lifting the wall to remove the sag. Additionally, a change in framing in the middle of the building created a weak spot under the hallway wall that was carrying the roof load. This resulted in the failure of a beam in the crawl space. The beam was replaced, and additional foundations added to carry this load. 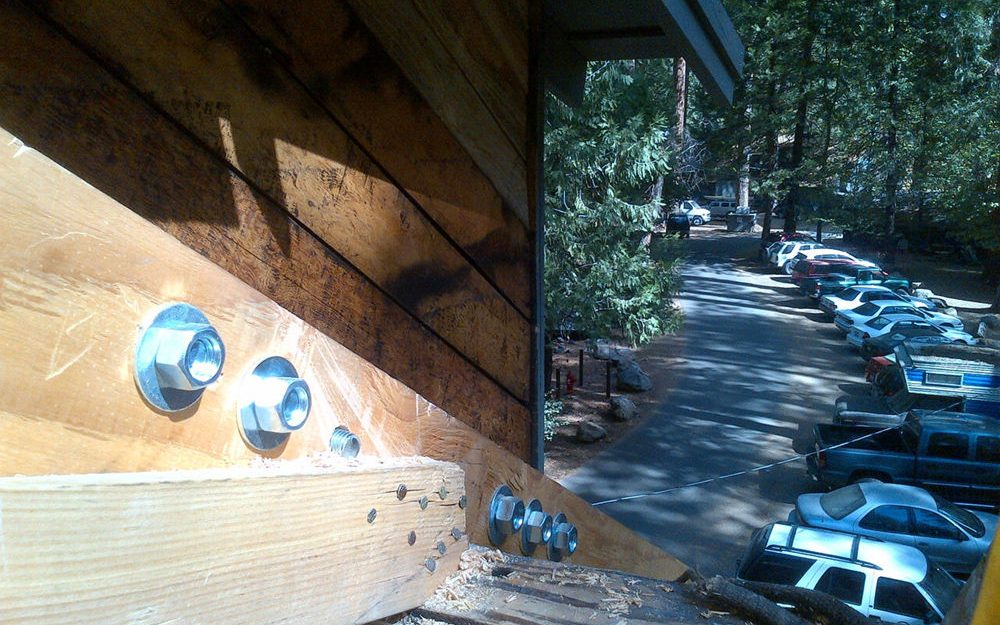