Serving as the lead civil engineering consultant on the project, Provost & Pritchard teamed with RHAA Landscape Architecture to provide project management, land surveying and civil engineering services for the Fulton Street reconstruction. The Fulton Mall was created in 1965 by converting 12 adjacent blocks in downtown Fresno to a pedestrian mall in an urban park setting. The City of Fresno reconstructed the Fulton corridor by reintroducing a narrow two-lane street with parking while maintaining a pedestrian-friendly commercial streetscape as well as the original large-scale public artwork and water features, maintaining much of the ambiance of the original Mall while restoring access to the businesses along the corridor.

Design services on this project included demolition plans, street, utility and drainage improvement plans, and PG&E coordination for new service applications for the preferred street improvement alternative. In order to seamlessly work with the extensive existing underground infrastructure, the Provost & Pritchard team coordinated with PG&E, Comcast, Fresno Metropolitan Flood Control District and the City’s departments of Public Utilities and Public Works. The project team also coordinated a subconsultant’s investigation into the extent of existing basement structures which extend into the street corridor.  This project was primarily funded through a Transportation Investment Generating Economic Recovery (TIGER) grant.

Provost & Pritchard’s survey team, together with Pacific HDS, employed laser scanning technology to create a 3-D model of the existing space and made use of the rich and extensive data available from the scans to provide the City of Fresno with a project that not only maintains the look and feel of the original mall space while providing vehicular access to the businesses along the way, but will bring the corridor into long-necessary compliance with the ADA.

This was the City of Fresno’s first street project to make use of laser imaging technology.  The massive amount of data available from the 70 scans setups allowed the design team to render individual artworks and fountains to a level of detail that would not have been possible with any other surveying technology.  Having that detail at hand led to a much more realistic view of the proposed corridor layout and allowed the design team to identify and avoid dimensional conflicts due to relocation of art and fountains.

Provost & Pritchard set the controls used for the mall’s scanning process and established the existing right-of-way limits along the Fulton Mall. They also supplied additional topographic mapping outside the scanning limits. 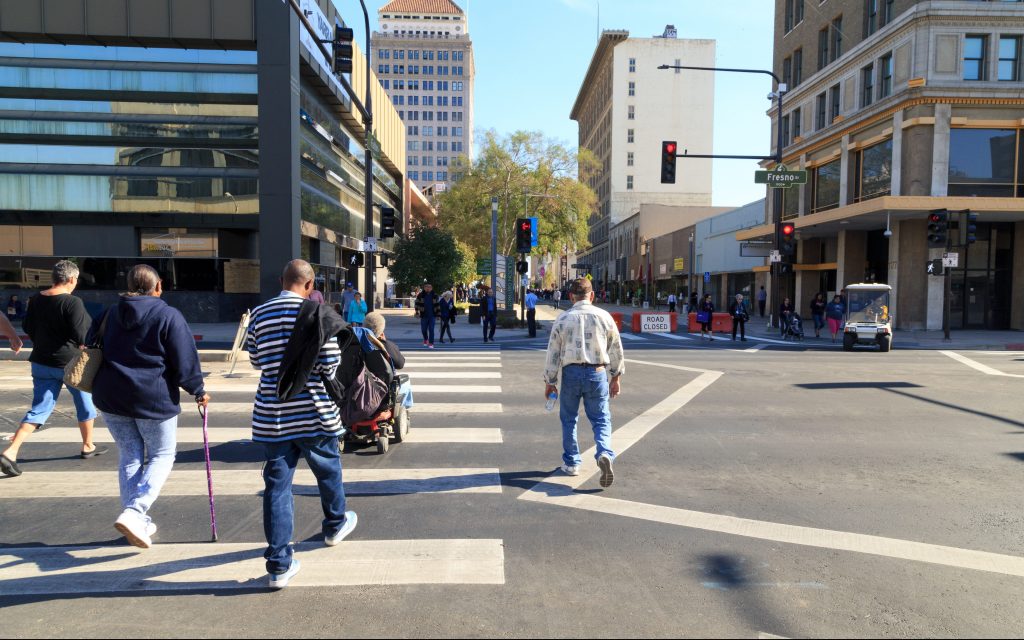 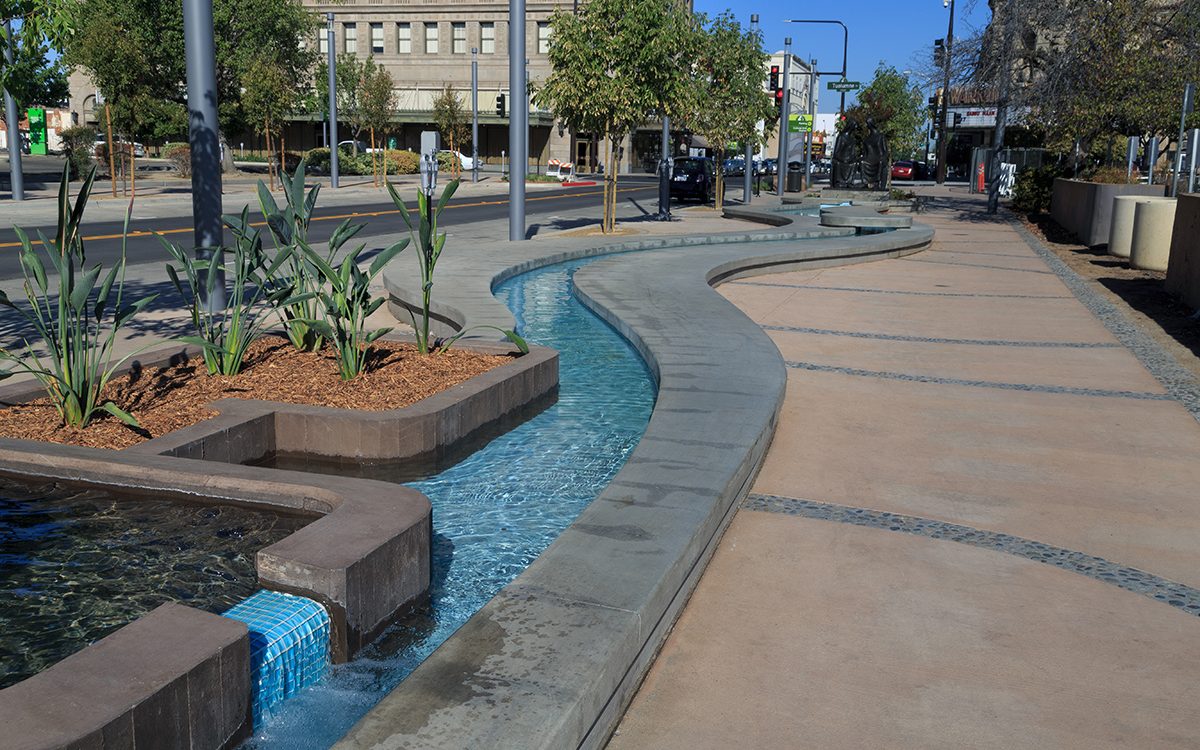