The City of Parlier was awarded a Caltrans Sustainable Communities Grant to develop a Traffic Calming and Safety Enhancement Plan to address challenging transportation conditions, including vehicular and non-vehicular traffic patterns. The Plan identifies areas of concern through the City, based on statistical and observed incident data and recommends potential improvements to improve safety. The areas of concern were identified primarily around school sites in Parlier and along Manning Avenue, which functions as both a regional roadway and an arterial street within the City.

Recognizing that the Parlier General Plan directs much of the City’s residential growth and development to occur south of Manning Avenue while most services are located north of Manning Avenue, there is a need for adequate and safe connections across the roadway. In response to this need, transportation improvement design concepts in support of enhanced pedestrian and bicyclist safety where prepared as part of the Plan effort. Manning Avenue was divided into three zones – Gateway, Transition, and Pedestrian – to align various transportation improvement features aimed at improving safety for all road users while maintaining the designated focus of the zone.

As part of this Plan effort, Provost & Pritchard designed a GIS-based survey to facilitate on-site collection of data points that were used to map key features along Manning Avenue.

Also included in the Plan is an implementation strategy that prioritizes the potential improvements for each area of concern and identifies recommended amendments to Parlier’s policies, regulations, and standards that would support increased road safety for all users, specifically bicyclists and pedestrians, and identifies funding opportunities 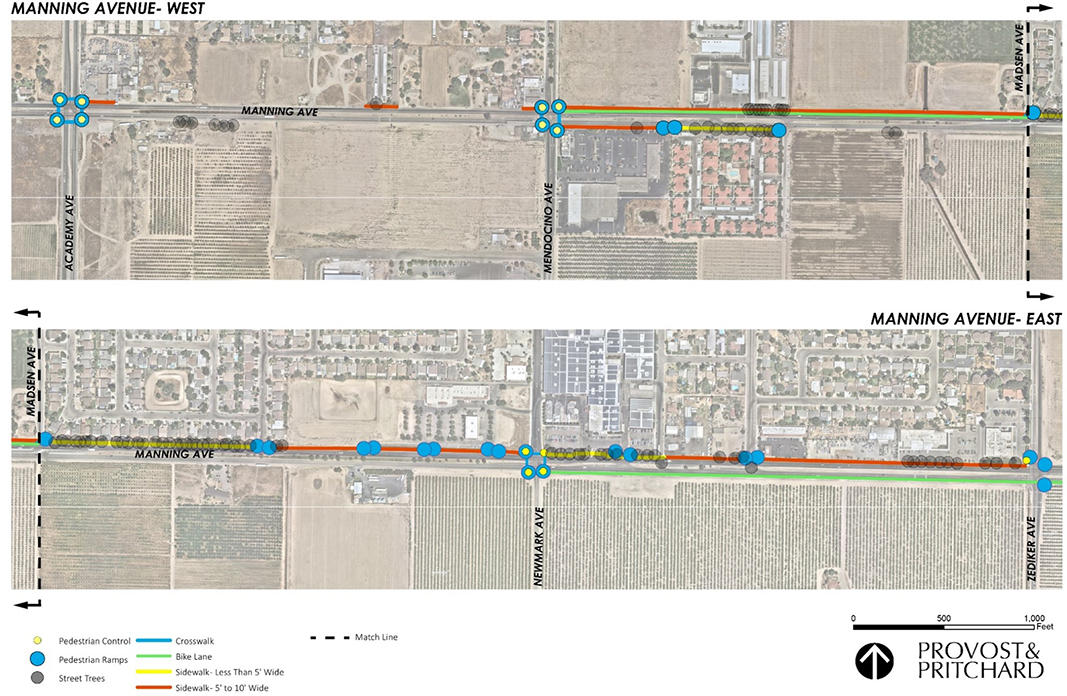 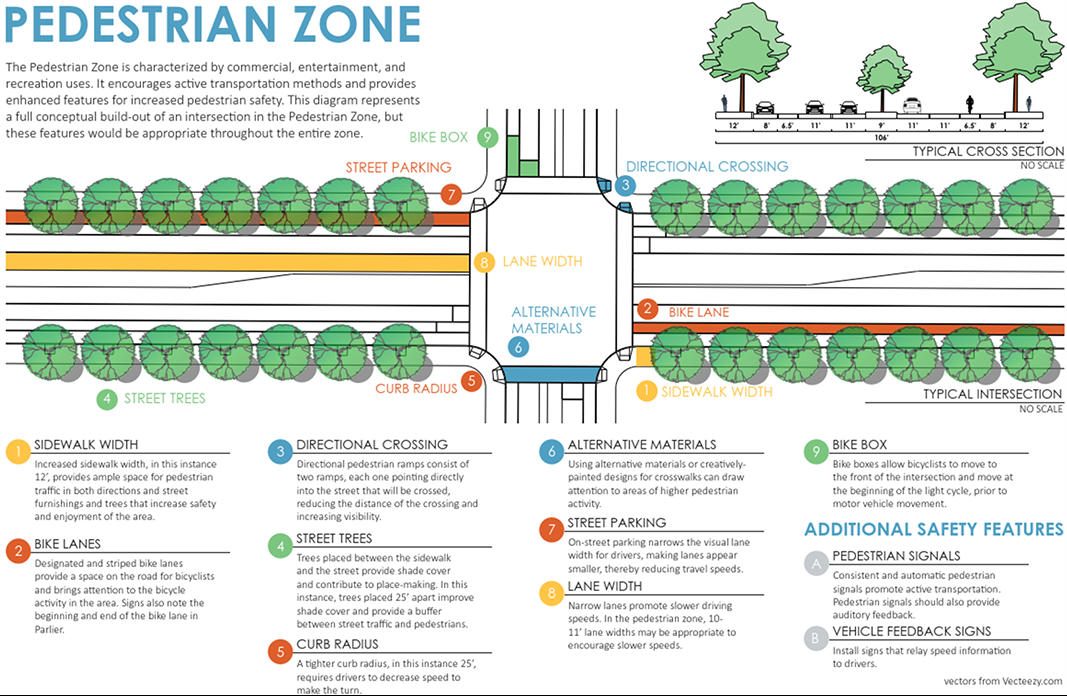