The City of Visalia initiated a study to explore the necessity and feasibility of establishing an Agricultural Mitigation Program (AMP). The 2014 Visalia General Plan required that an AMP be established before development in a new growth area could occur. However, recognizing that there had been changes in circumstances since adoption of the General Plan in 2014, the City Council directed staff to research the feasibility of agricultural mitigation programs prior to establishment of a program in Visalia.

The potential impact of an agricultural mitigation program on the cost of residential construction was also considered.

Provost & Pritchard then prepared the Feasibility Study, which included alternatives for consideration by City Council for moving forward with implementation of an AMP, including an option to remove the requirement.

Based on direction from the City Council, Provost & Pritchard initiated Phase II of the project to remove the requirement for an AMP from the General Plan. Implementation included revisions to the General Plan policy language and preparation of an Addendum for compliance with CEQA.

Provost & Pritchard also created the outreach materials for this project including project flyers, workshop and hearing announcements, and display posters to effectively communicate project objectives and keep stakeholders informed throughout the process. 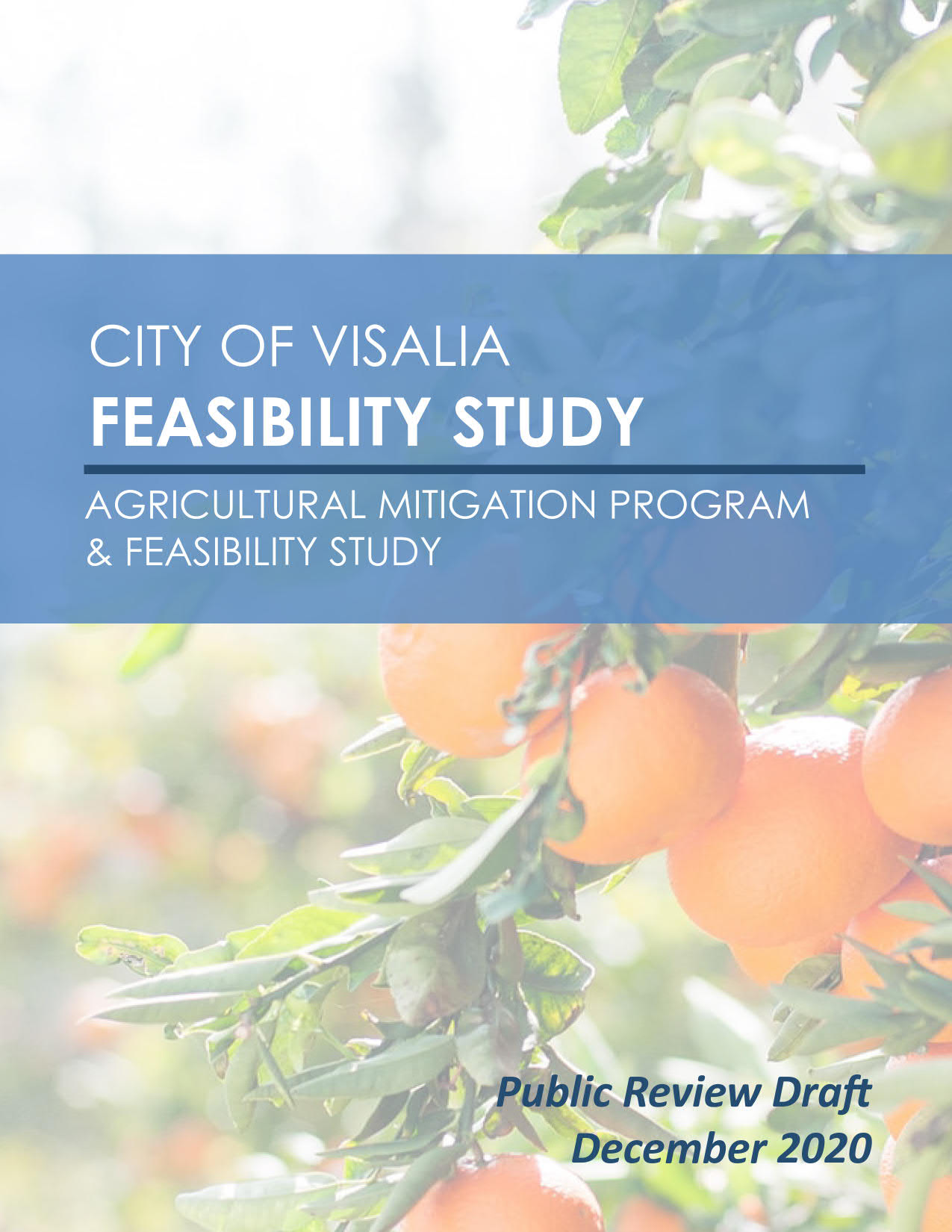